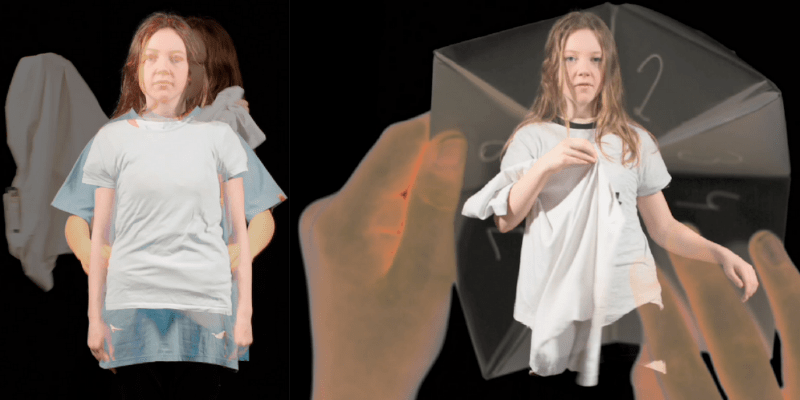 Human skin performs six primary functions including; protection, absorption, excretion, secretion, regulation and sensation. While we can perform the neat trick of shedding our entire outer layer of skin every 2 to 4 weeks at the rate of 0.001 – 0.003 ounces of skin flakes every hour it is as nothing to the dramatic stunts of the reptilian species. We do however culture our own variety of pseudo skins which we alternate according to social context i.e. clothing!

Aside from the odd anomaly like Hermit Crabs who wear the shells of other species as protection, humans are the only species to wear clothing and do so for the reasons beyond protection evoking admiration, respect, fear and to create a compelling identity for ourselves. Generally speaking we use it to make clear who and what we are about, utilising an array of accepted looks or ‘uniforms’ to express power, respectability, normality, hyper masculinity/femininity and even neutrality and outlier qualities. As a means of almost instantly altering our image ‘sloughing off’ and changing them at will, chameleon like, our clothes embody transportive qualities!

This week’s blog and our film ‘Sloughed Off’ is based around themes set by artist and performer Alex Rigg who worked with our ReCycle or Dye participants to explore the skins and exoskeletons of the 5 native Scottish reptiles. Creating a link between bodily coverings and our native reptile species increasingly under threat from unfavourable environmental conditions including the fragmentation and loss of habitat, disease, pollution and climate change.

“Most reptiles must shed their skin as they grow in order to step out into the next stage of their lives. This sloughing of the past also gives an interesting metaphor for our creative process and for the age in which we live.” Alex Rigg

All reptiles shed their skins periodically literally growing a new set of vestments for themselves. Snakes shed to allow for further growth, “sloughing” their skins off in one piece, including their eye caps! It’s a highly resource efficient means of dressing and one which humanity would do well to learn from in the development of new textile technologies.

Of course the development of future textiles is well underway with one wearable technology company – London based Petit Pli – sitting among a small but growing international cohort taking inspiration from nature to create new fibres and garment making technologies. Founded in 2017, by trained aeronautical engineer Ryan Mario Yasin, Petit Pli have been producing children’s clothing which ‘grow’ up to 7 sizes from 9 months to 4 years. Petit Pli is committed to using materials sustainably and their designs significantly reduce waste and C02 emissions throughout their production, distribution and use stages. That’s a significant sustainable design achievement and not one to be sniffed at!

Animals, plants and insects in nature have evolved over billions of years through a process of trial and error to refine the living organisms, processes and materials on our planet. Now several examples can be quoted from the emerging field of Biomimetics where the new technologies are being created from biologically inspired engineering at both macro and nano-scale levels. These include materials with self cleaning properties which mimic the ultrahydrophobicity of the leaves of the lotus flower (Nelumbo) and the production of hollow fibres inspired by polar bear fur. Also future body armour could be made of ‘spider silk’ even stronger than Kevlar (a strong and heat-resistant synthetic fibre currently used amongst other places in tyres to replace steel). Bulletproof vests of the future won’t be made from super-strong plastics, but from spider silk.

Researchers in the biomimicry field are also developing ‘living materials’ which can be used to make clothes with a natural and inbuilt ability to self-repair when damaged. Chitosan a sugar found in the shells of shellfish including crab and lobster – currently used in medicines for Chrone’s disease – is being in the production of fire resistant and eco-friendly jackets for fire fighters and also children’s sleep wear. Ultimately this field will yield solutions to some of the most pernicious environmental and social problems associated with the production of our textiles and clothing.

This visualising of future garments has been explored by science fiction artists and writers for a long time. William Morris for example in his futuristic novel ‘News From Nowhere’ (1890) describes the clothing of 2102 in the ‘beautified city’ the narrator finds himself in:

“As to their dress, which of course I took note of, I should say that they were decently veiled with drapery, and not bundled up with millinery; that they were clothed like women, not upholstered like armchairs, as most women of our time are.” and that… “….the shape of their raiment apart from it’s colour was both beautiful and reasonable – veiling the form without muffling or caricaturing it.”

One of my favourite future garment visions is encapsulated in Ealing comedy The Man In The White Suit (Alexander MacKendrick – 1951). Central character Sidney (Alex Guiness) invests an indestructible fabric that is impervious to the elements and cannot stain or wrinkle. At first celebrated as a white suited (made from said fabric) hero he is quickly vilified by unions, bosses and co-workers alike as it becomes clear that the impact of garments that last forever will have a disastrous effect on jobs and business. Coaxed with large sums of doe to keep schtum his invention is ultimately firmly suppressed in comedic ‘you’ve told us, so now we’ll have to kill you’ espionage style shenanigans. The shudders currently running up and down the spine of the textile industries when faced with the prospect of sitting down at the table with those pesky proponents of sustainable design, processes and consumer habits echoes the film’s central theme of human advancement versus profit – its just that now its not so funny.

There are so many examples of developing textile technologies which potentially offer solutions to our environment blunders of the past, it would be hard to do them any justice in a short blurb like this one. What remains at an unyielding impasse is the thinking and planning required of the industries involved. Leather made from mushrooms and pineapple, cellulosic fibres from seaweed and algae. Also relating to progress within the fields of dye and print Morphotex developed by Teijin Japan through the process of biomimicry, is the world’s first structurally coloured fibre. Mimicking the way that iridescent colour is formed through structural and physical colours (rather than chemical ones) produced in the Morpho butterfly’s wing, the fibre appears coloured without the use of any dyes.

By spending more time in, and taking a closer look at our natural surroundings it would not be unreasonable to hope for more of these solutions take form in the minds of the curious and imaginative. Velcro for example (invented in 1948) a great example of biomimicry was the result of a happy accident when Swiss inventor George de Mestral noticed burrs stuck to his trousers and his dog’s fur after a walk the fields. A closer look at the naturally occurring mechanisms involved led to his creation of a new, now much loved and profitable and hook and loop fastening device. Featuring as central to an ancient annual festival in South Queens ferry, Edinburgh, it would seem that the Burr has long been reversed as a natural object. Every August the Burry Man is dressed from head to ankle in burrs (about 20’000) and paraded through the streets for a 7 mile walk as part of Burryman Day. It’s all a bit uncomfortable for him and the purpose of it all is unclear, but locals suggest it may have been a ritual to ward off evil spirits, bring bountiful catches of herring or a fruitful harvest. Clearly folk from the past saw some sort of potential in the humble burdock plant, certainly it was no ordinary dried out seed head. As is often the case the idea just need to marinade in the collective psyche for a bit before Mr de Mestral pulled the clues together in the 40’s and it finally reached its true destination bio-mimicked in the form of velcro.

It’s a cool look. Harvesting of the seed heads can be done in late summer so why not have a go yourself – but please do share pics!